Saint Elizabeth of the Trinity 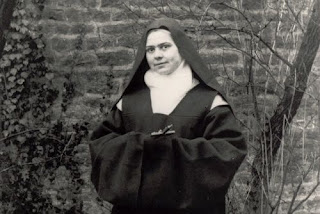 
The Carmelite Order celebrates the feast of Saint Elizabeth of the Trinity on November 8th. Elizabeth was a beautiful soul who tasted the delights of contemplating God in the depths of her soul and invites us to do the same.
She was born July 18, 1880 in a military camp of Avor in the district of Farges-en-Septaine, France to a military family. Her father, Joseph Catez, was a captain of the 8th Squadron of the Equipment and Maintenance Corps. Her mother, Marie Rolland, was the daughter of a retired Commandant. The couple was blessed with two lovely daughters, Elizabeth and Marguerite. The family moved to Dijon in 1882. As a child, Elizabeth was described to possess a terrible temper. She was inclined to bouts of tantrums and her early photos show her flashing eyes. It was said that a Canon close to the family exclaimed after being a witness to these outburst, “this child will either grow up to be a devil or an angel.” She is described to be quick-tempered and unable to manage her anger well. This character flaw will be foremost in Elizabeth’s mind as she strove to grow deeper in the spiritual life.

But despite this weakness, Elizabeth also was gifted with good natural qualities. She was naturally affectionate and did not think twice to show it. When one reads her letters to friends, her warmth and affectionate nature come through. She was loved wherever she went and was popular among her friends. She loved to travel and loved beautiful, fashionable clothes. She was an accomplished pianist and her soul was sensitive to everything beautiful and harmonious. It was this artistic soul that will open up for her the discovery of a Presence within her.

When her father died, Mme. Catez, Elizabeth and Marguerite moved to a smaller house not far from a Carmelite monastery. In fact, it was so near to the house that Elizabeth could see the belfry of the chapel from her bedroom window. A great spiritual transformation occurred in Elizabeth during her First Communion in April of 1891. Her writings talk about her account of “being fed by Jesus.” This experience was the turning point in her life. From that moment onward, Elizabeth began a journey of self-discovery, self-mastery and self-conquest. She also discovered her vocation to Carmel.

It is wonderful to read Saint Elizabeth’s writings because they are full of love and expressions of great longings. Her description and re-discovery of the mystery of the Divine Indwelling in her soul is so vivid that one cannot help but be immersed in what she is describing. Her writings are lofty and mystical and she spoke in the language of the mystics. She truly lived out her personal mission of being the apostle of Divine Indwelling in Carmel. Her appeal is different from St. Therese and yet Elizabeth read Therese's "Story of a Soul" while a Postulant in her Dijon Carmel. In a photo taken of her at this time with the Community, she can be seen holding this book next to Mother Germaine, her Prioress. There is a certain euphoria and excitement surrounding St. Therese but Saint Elizabeth manifests a more subdued, serious and austere aura about her. She was very heavily influenced by the writings of Saint Paul and most, if not all of her writings, are meditations and reflections on the works of this great apostle to the gentiles. It was in one of St. Paul's letters that she discovered her personal mission in Carmel: to be "laudem gloriae", to be God's Praise of Glory. Being a praise of glory for Elizabeth meant becoming "another humanity in which Christ can renew the whole of His mystery." She expounds on St. Paul's cry of "filling up in my body what is still lacking in the sufferings of Christ." All these sentiments were not driven only by a pure sense of asceticism but more so because she understood that love is proven by the crucible of the Cross. " A Carmelite is a soul who has gazed on Christ Crucified, who has seen Him offering Himself to His Father as a victim for souls; and entering into herself under this great vision of Christ's charity, she has understood the passion of His soul and desired to give herself as He did!"

Elizabeth of the Trinity teaches me that God dwells in silence. The Rule of Carmel teaches that "your strength will lie in silence and hope." When asked by her Prioress what her favorite point of the Rule was, she referred to the practice of silence as indicated in the holy Rule. It is in silence that we must seek Him and we have to acquire that virtue of silence in order to allow God to communicate Himself to us. Being silent is not just the absence of words. Being silent more so means being abandoned, docile, submissive to the Spirit so He can accomplish his works in us. Being silent means having a “single eye” to view all things.  A silent and peaceful soul is one who is convinced that nothing happens by accident, no second causes, that God ordains all, and that everything is  grace. A noisy soul is one that constantly swims upstream, who constantly sees the danger behind every sacrifice, who measures every step so she doesn’t fall. It reminds me of the song The Rose -“it’s the heart afraid of breaking that never learns to dance, it’s the dream afraid of waking that never takes a chance, it’s the one who won’t be taken who cannot seem to give, and the soul afraid of dying that never learns to live."

“Let us live with God as with a Friend. Let us make our faith a living thing, so as to remain in communion with Him through everything. That is how saints are made. We carry our heaven within us, since He who completely satisfies every longing of the glorified souls in the light of the Beatific Vision, is giving Himself to us in faith and mystery. It is the same thing. It seems to me I have found my heaven on earth, since heaven is God and God is in my soul. The day I understood that, everything became clear to me, and I wish I could whisper this secret to those I love in order that they also might cling closely to God through everything.

Saint Elizabeth of the Trinity, pray for us! 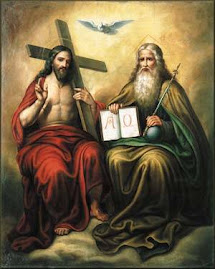 O my God, Trinity whom I adore, let me entirely forget myself that I may abide in you, still and peaceful as if my soul were already in eternity; let nothing disturb my peace nor separate me from you, O my unchanging God, but that each moment may take me further into the depths of your mystery ! Pacify my soul! Make it your heaven, your beloved home and place of your repose; let me never leave you there alone, but may I be ever attentive, ever alert in my faith, ever adoring and all given up to your creative action.

O my beloved Christ, crucified for love, would that I might be for you a spouse of your heart! I would anoint you with glory, I would love you - even unto death! Yet I sense my frailty and ask you to adorn me with yourself; identify my soul with all the movements of your soul, submerge me, overwhelm. me, substitute yourself in me that my life may become but a reflection of your life. Come into me as Adorer, Redeemer and Saviour.

O Eternal Word, Word of my God, would that I might spend my life listening to you, would that I might be fully receptive to learn all from you; in all darkness, all loneliness, all weakness, may I ever keep my eyes fixed on you and abide under your great light; O my Beloved Star, fascinate me so that I may never be able to leave your radiance.

O Consuming Fire, Spirit of Love, descend into my soul and make all in me as an incarnation of the Word, that I may be to him a super-added humanity wherein he renews his mystery; and you O Father, bestow yourself and bend down to your little creature, seeing in her only your beloved Son in whom you are well pleased.

O my `Three', my All, my Beatitude, infinite Solitude, Immensity in whom I lose myself, I give myself to you as a prey to be consumed; enclose yourself in me that I may be absorbed in you so as to contemplate in your light the abyss of your Splendor !

PRAISE OF GLORY- Elizabeth of the Trinity

WHO IS ELIZABETH OF THE TRINITY?

Elizabeth Catez was born in 1880 in the diocese of Bourges. In 1901 she entered the Discalced Carmelite monastery of Dijon. There she made her profession of vows in 1903 and from there she was called "to light, to love and to life" by the Divine Spouse in 1906. A faithful adorer in spirit and in truth, her life was a "praise of glory" of the Most Blessed Trinity present in her soul and loved amidst interior darkness and excruciating illness. In the mystery of divine inhabitation she found her "heaven on earth," her special charism and her mission for the church. 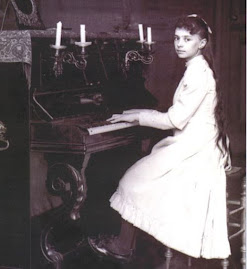 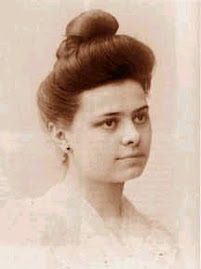 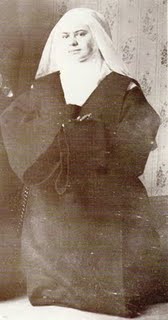 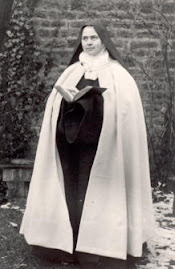 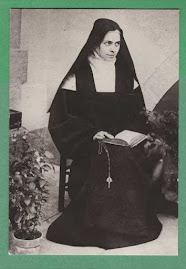